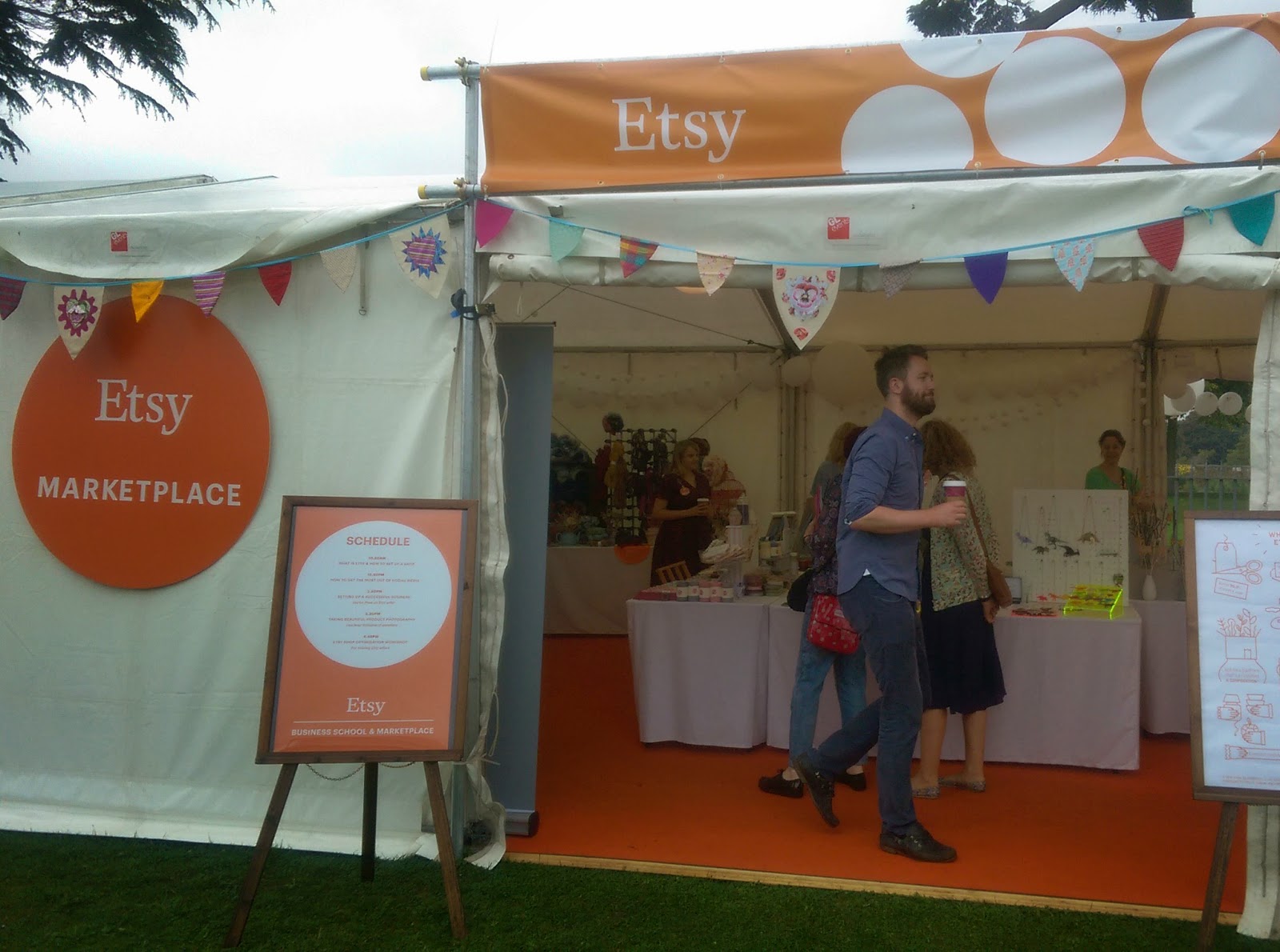 Last weekend we found ourselves getting up at 5am to get the train to Hampton Court Palace to go on a #kirstiesafari...

Well maybe that's not quite true! We arrived at the Etsy Marketplace to set up residency for the next few days, we were in great company sandwiched between Rose from Chamby and Cor and Anna Wiscombe.

I didn't actually take any photos of anybody else's stalls which is a massive fail on my part but do go and look at their awesome Etsy shops!

Louise from Spin City spent all weekend spinning wool from her favourite sheep Ebeneezer whilst Alice from Birds in Hats told us copious amounts of bird facts and threatened to start a twitter account for a heron she saw in the grounds. Sophie of NEONLDN's stall was beautifully bright and shiny, honestly go and look at her Etsy shop... I'll wait....

SEE wasn't that awesome? Don't you feel overstimulated? Did you buy everything?

Not only was the tent full of awesome Etsy sellers but there were also a heap of talks to drop into. I did a talk on the Friday and the Saturday about setting up a successful Etsy business. I think it went well, did anybody come and listen? If so let me know what you thought!

There were talks on social media, how to set up your Etsy shop, a photography one by Lyndsey James of Photocraft and a sellers workshop where we threw difficult questions at the admins about how to be better sellers on Etsy (and therefore provide a better buying environment!)

As well as all the serious stuff there was a whole heap of ridiculous things too!

Toby from i like CATS came to visit on the Friday and we did a LUSH wrapping workshop, there was also a bunting photo competition and obviously the #WORLDPOMINATION record attempt!

We had a great weekend, lots of you bought designosaurs, we rocked our new stall layout and we drank a few alcoholic ice teas...

...OH and I nearly forgot, I SPOKE TO KIRSTIE ALLSOPP! Most exciting moment of my life. Alice Tams and I chatted away to Kirstie whilst she was having photos with other fans, before she was whisked away (she spent the whole weekend whizzing around on a golf buggy trying not to get mobbed by people like me).

So yeah a pretty good weekend! Let us know if you chatted to Jacques or I in the comments, would be great to put avatars to faces!