We mentioned before that we have around lots of stockists all over the place and we have started to interview them for our blog, the last one we did was about Jolly Brown Vintage and this time we have gone further north to York! Meet the guys at Pyramid Gallery! 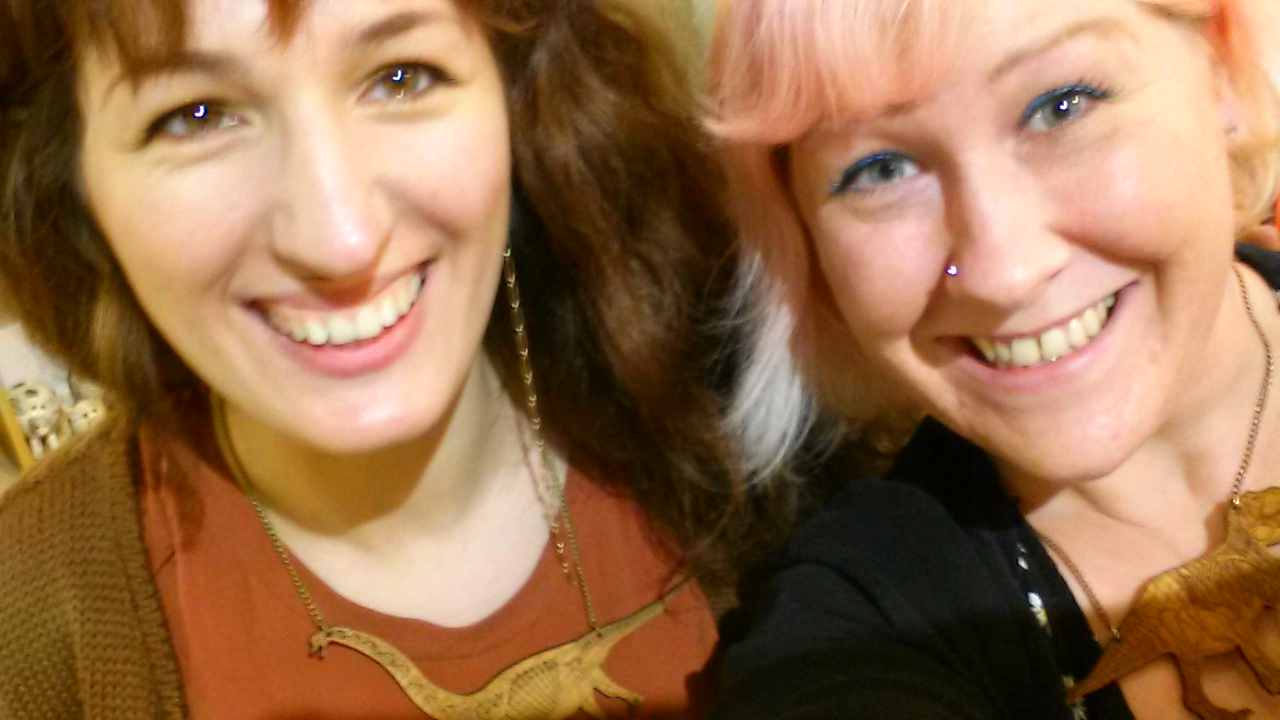 Terry has owned Pyramid Gallery for 20 years, and his fun, eclectic and soulful taste has kept the shop a firm favourite with locals and visitors alike. Here, you will find work by important British artists like Peter Blake rubbing shoulders with jewellery sourced from British designers [such as designosaur] and the most exquisite objects d'art. Our shop is a 400 year old Grade 2 Listed Building with no straight lines and far too many stairs. People love to shop here because they are after something unusual, well made, a whimsical; many of our customers are creative themselves so the shop acts as a sort of hub for local creatives. 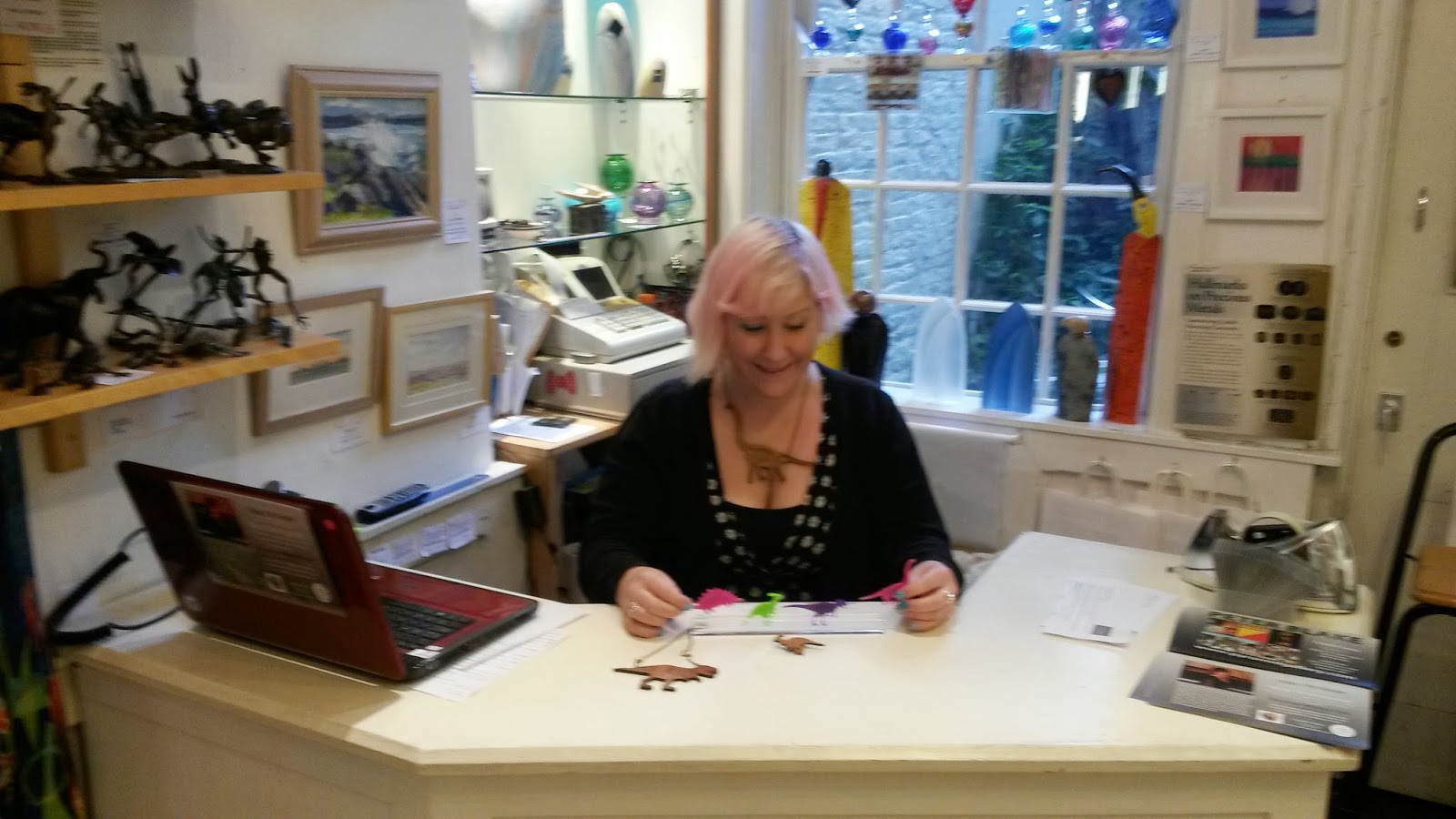 Which designosaur design do you personally like the most?


Fi - ALL OF IT but particularly the dodo necklace, of course
Ruth - I'm partial to the Cockatoo necklace
Terry loves the brooches 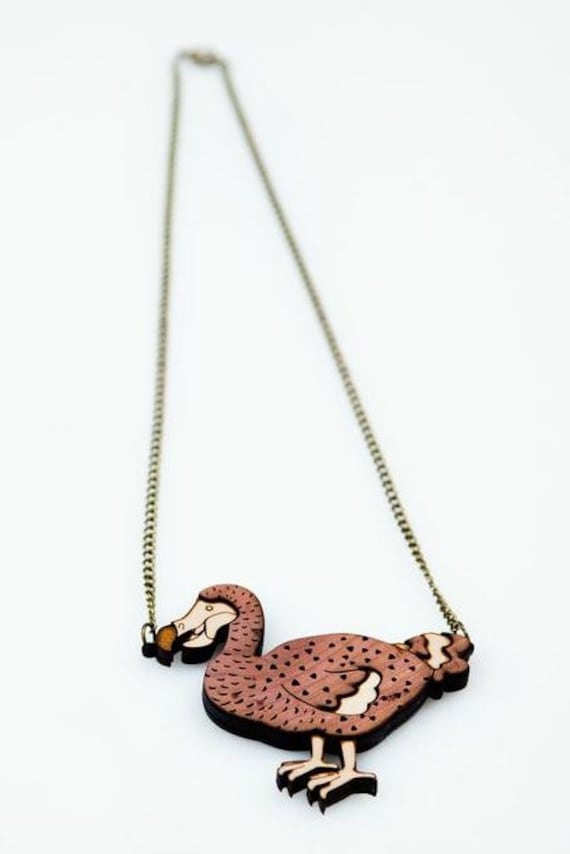 Which designosaur piece do your customers love?

They all get a lot of comments, Fi tends to be wearing a piece every day so people often have a look at the cabinet once they are told they can get them here. We have a very mixed demographic here at Pyramid and there's really something for everyone in this shop. Customers are often captured by the shiny cockatoo.

How did you find out about designosaur?

Fi has been a customer for a long time, having been gifted a beautiful T-Rex for a present back in 2012 which she wears (almost) daily and gets LOADS of comments about. Ruth got the bug after meeting the team filming the Etsy advert [hello from Moth and Magpie!]

Have you done anything particularly creative/ different with the way you display our products?

We've given flight to the Pterodactyl (see photo) and we've used your packaging within our display. If it was up to Fi, there would be a full Jurassic scene with sand and mountains but I don't think the boss would approve of that. 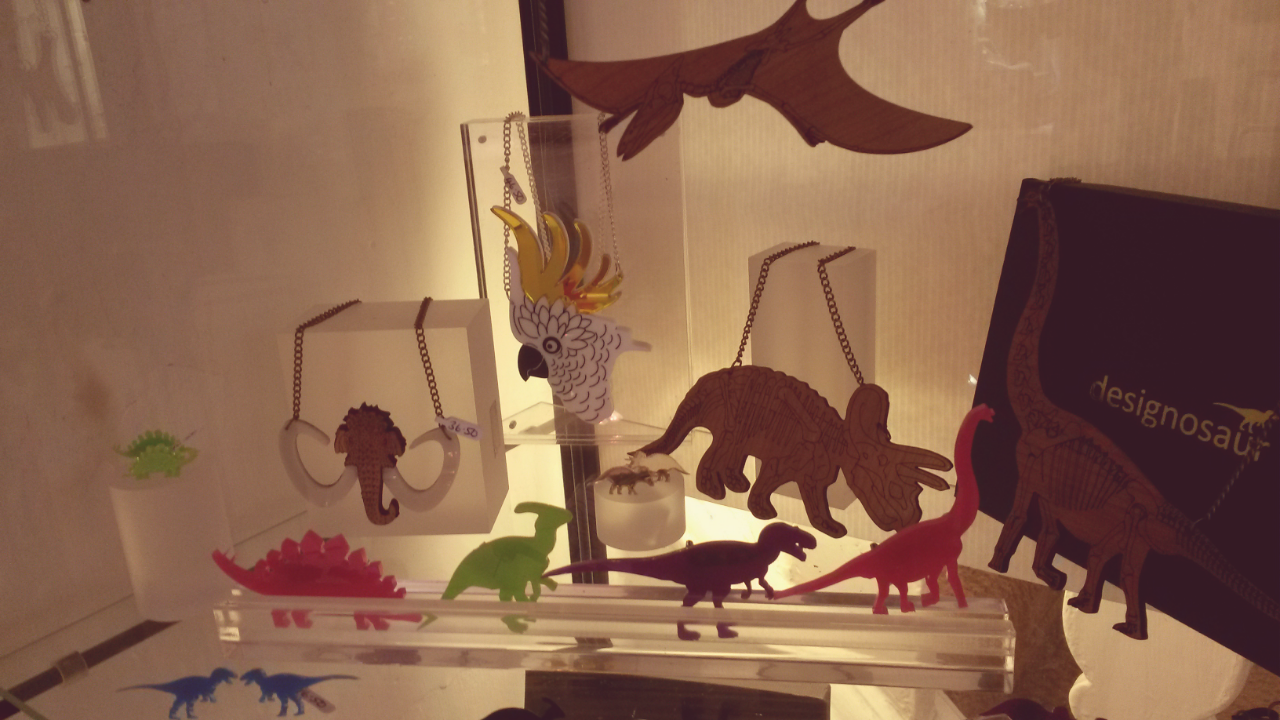 What do you hope will come next from designosaur?

We have so many ideas, this is great fun!
A moose would be amazing, or a sloth on a branch. Foxes, stags and birds/bird cages are super popular here in York, we could sell those a million times over! We love your Brighton Pavilion necklace, but it's not appropriate for York... Minster could be a bit far fetched but maybe other buildings could work. Ruth has just said GODZILLA - of course! And then there is one of my favourite mythical creature of all time... the KRAKEN! Please release the Kraken, it would make me very happy.

Thanks to Ruth and Fi for answering our questions, what do you hope will be next from designosaur? Let us know in the comments!

Photos taken by Ruth and Fi.