A round up of my year, Jacques' year, designosaur's year and a year of Brighton Etsy all mashed together. Lots happened, it was FUN.

Jacques bought me a Neon light, it's my favourite thing ever, it made it to the list cos I've wanted one FOREVER and I didn't think I'd get one :D 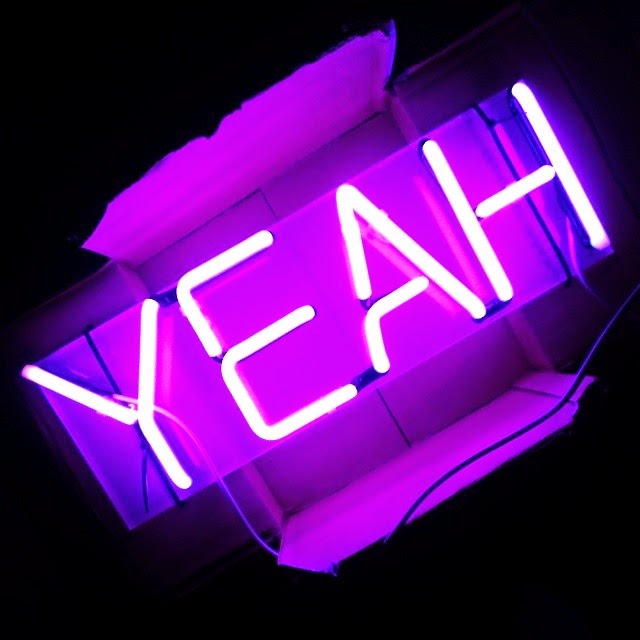 Jacques and I went to Berlin, it was ALL THE FUN, it was a perfect mix of history/war history for Jacques and BRIGHT COLOURFUL RAVEY things for Karli. 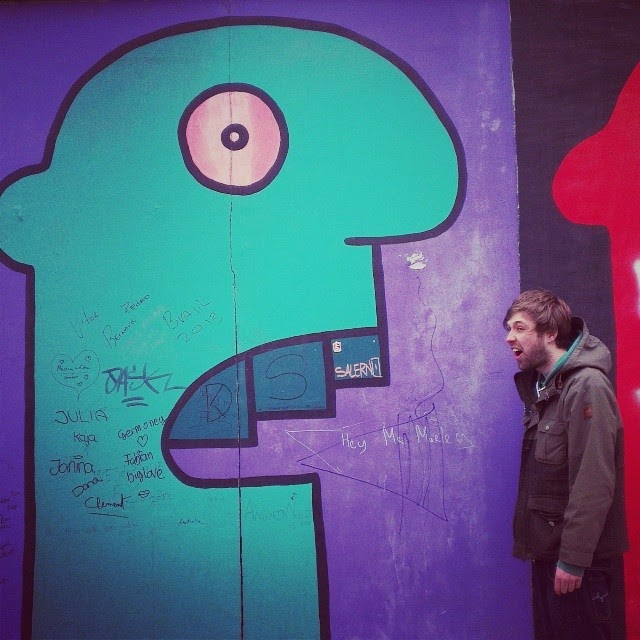 I was invited to the very first Etsy International Captains Summit and did a talk in Berlin...


...and Etsy enjoyed it so much they invited me back to do one in Nantes...


....and then London too! I dragged Rockcakes along this time and she took a pretty bad photo of me... #awkward 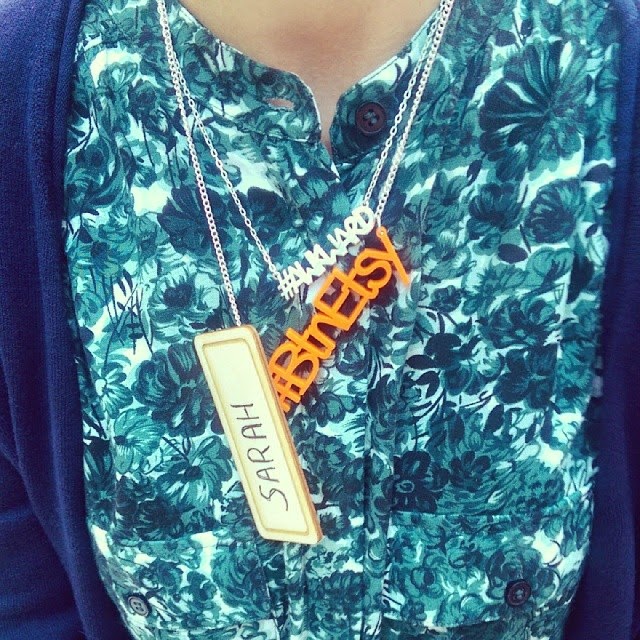 I went to Zambia with my family to work with young people in the schools there. It was cold - don't let anyone fool you that Africa is always hot! 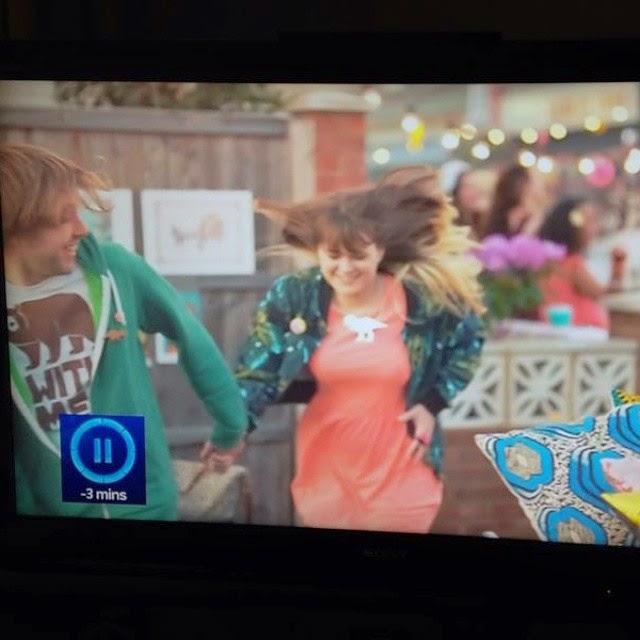 We were part of AT Open House, that's April wearing a Sabre Tooth Necklace! 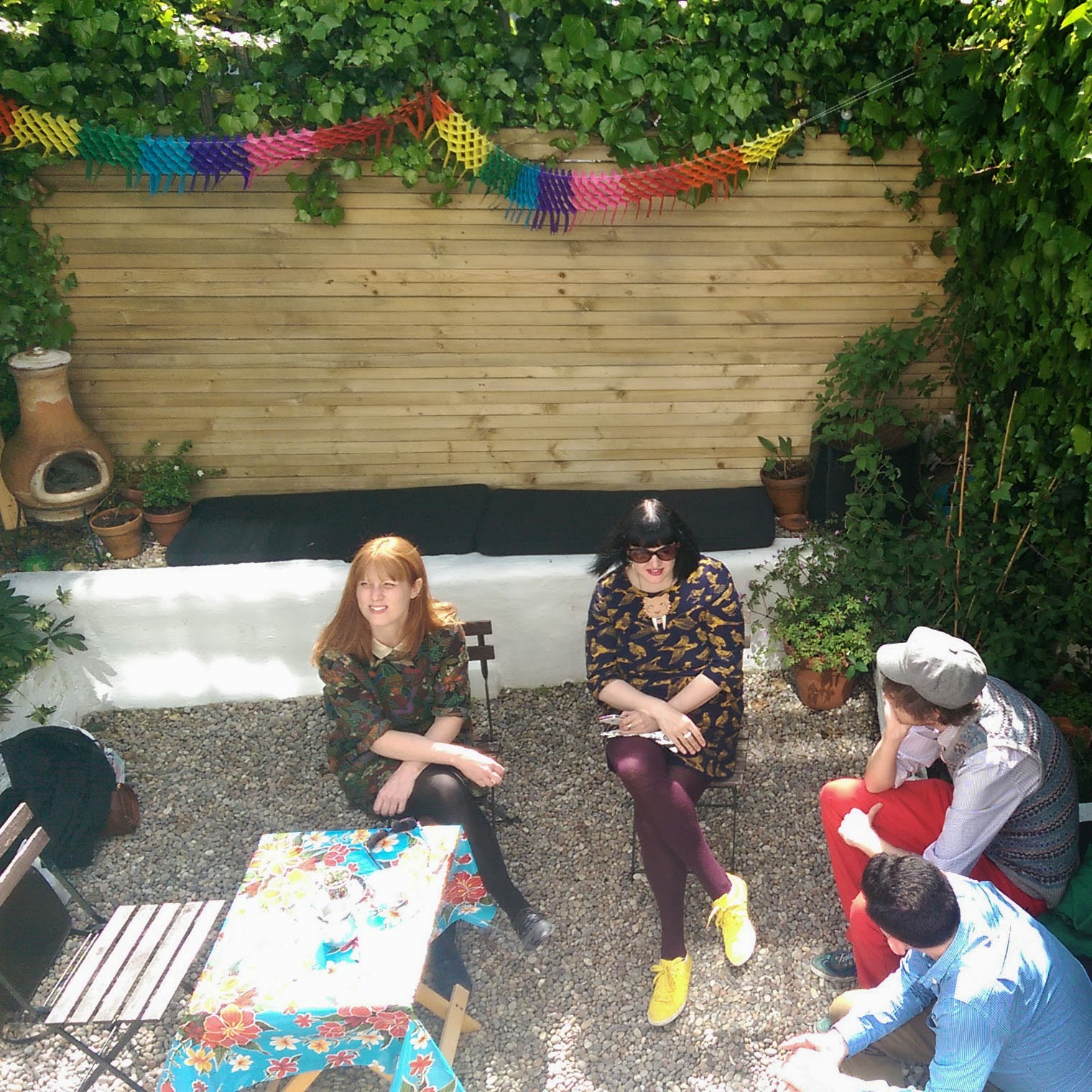 Our 2nd #CRAFTPARTY with the Brighton Etsy Team was BIGGER and BETTER with over 100 attendees, fro-yo from Lick, smellies from LUSH and bumper goodie bags! 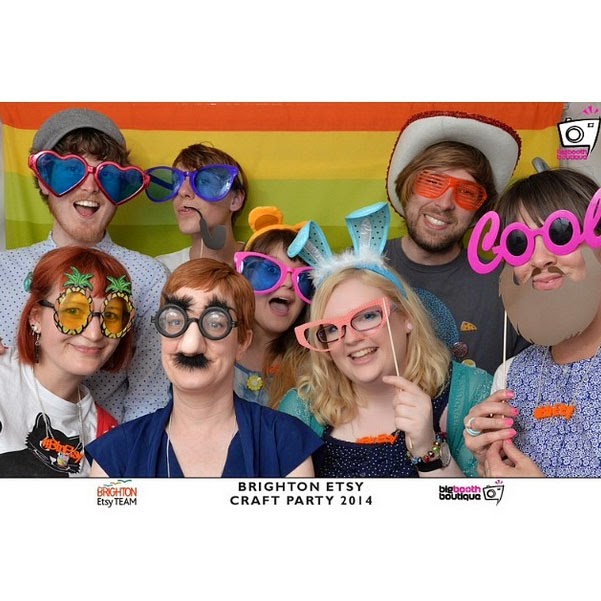 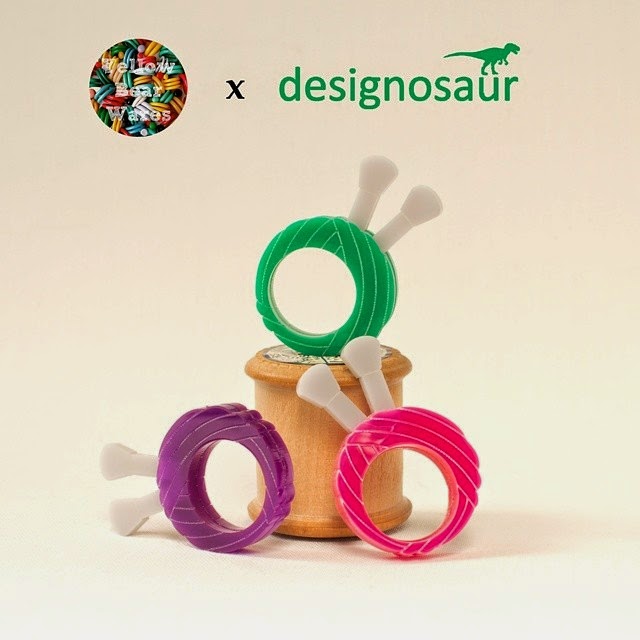 Hello DODO got married and we made their wedding jewellery! 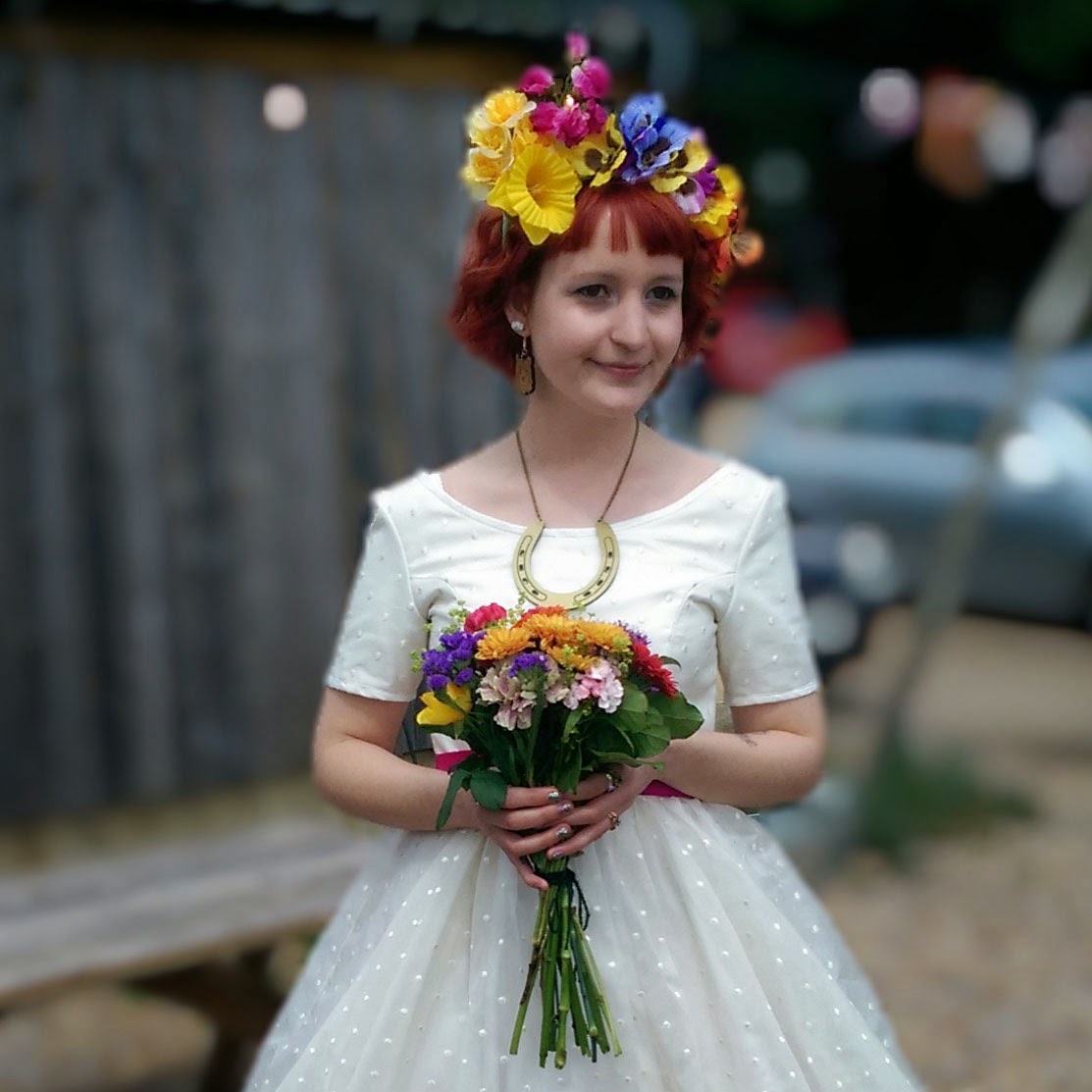 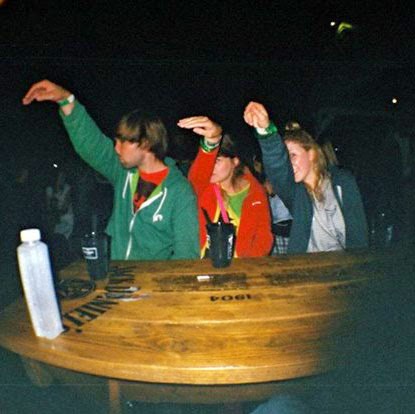 My parents moved to Brussels and we went to visit!


We met Kirstie Allsop at The Handmade Fair 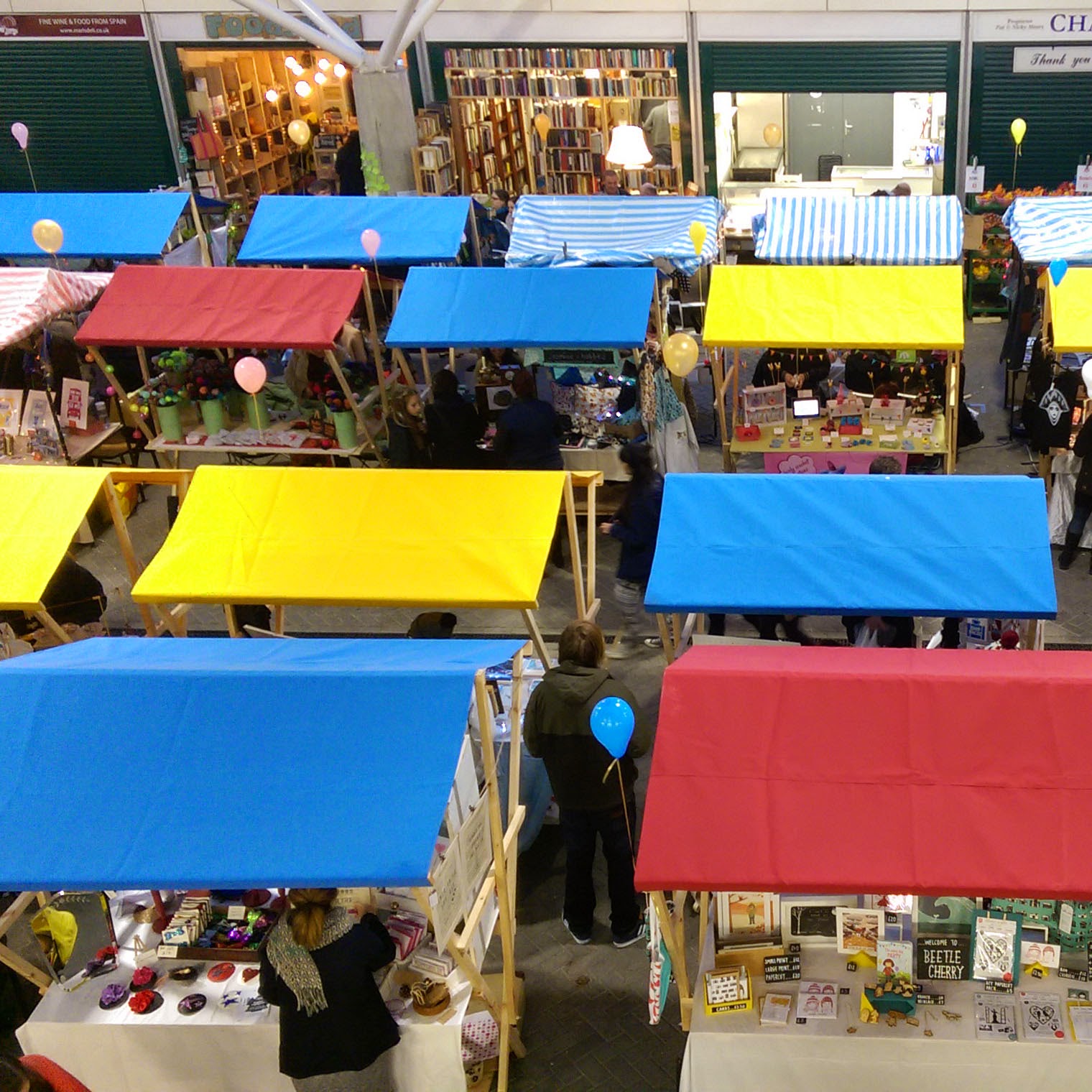 We were featured in the Telegraph! 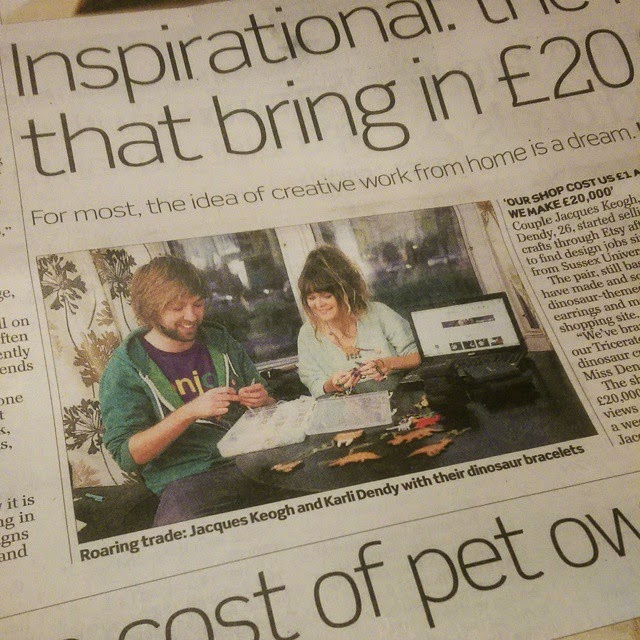 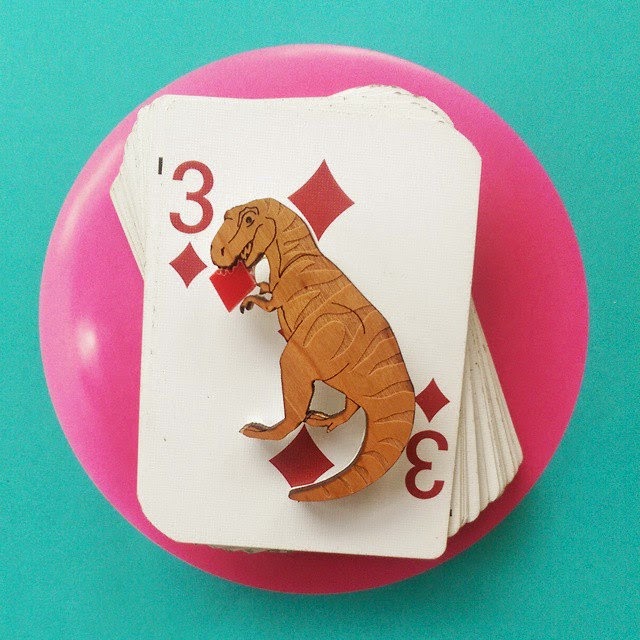 Brighton Etsy Team Pop Up, a real life shop, in the South Lanes open for 4 weeks with 25 awesome designers (including us!) 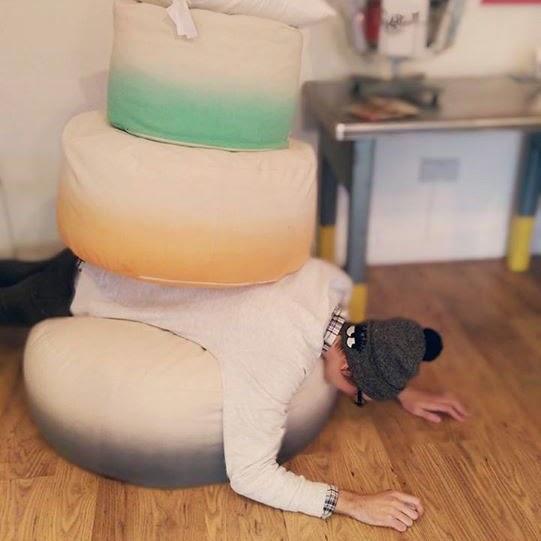 We were invited to be part of Etsy House - Etsy's first Pop Up shop in Covent Garden. You had to queue to get no matter what time you went! WOAH! 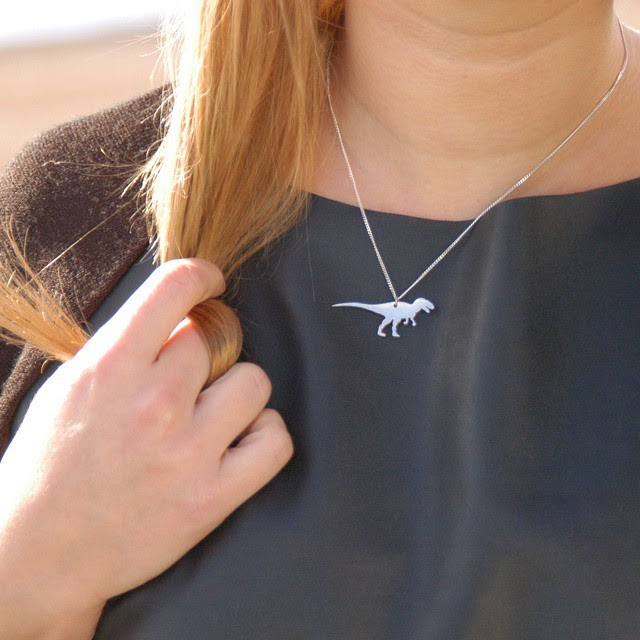 Renegade, our third Renegade! Every time we go we get to hang out with AWESOME people, this time it was Hand Over Your Fairy Cakes (Sally and Keith), Woah The Pickle (Vicky), I Like CATS (Toby) and of course hello DODO (Jam and Ali) and we all squeezed in here!


And that's it, well it isn't obviously, I had to cut a load out else you'd be reading until 2016 and be bored out of your mind. THANKS for coming along for the ride! 2014 was AWESOME and ALL THE FUN! Here's to an awesome 2015, we couldn't do it without you guys!