Last year we worked with the Ditchling Museum of Art + Craft to create brooches for their gift shop.

As they have just re-ordered another batch we thought it was about time we told you about them! 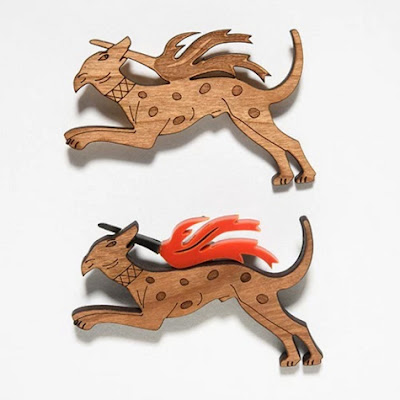 The Hound of St Dominic was originally a wood engraving by Eric Gill which became the symbol for the St. Dominic’s Press.

To mark the acquisition of a new David Jones woodblock of the Hound of St Dominic, Ditchling Museum asked us to create some brooches!

We've never worked with designs in this way before and we were sent a photograph of that original engraving to create our designs for the brooches. 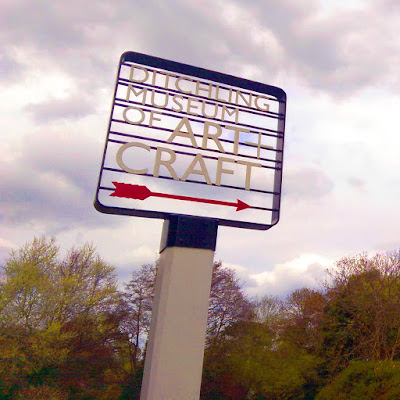 The two pieces which we created from the design are a fully engraved hound in cherry wood, and then a hound with the red fiery torch in acrylic. This piece might look like it's two pieces, but it's actually six, and one of the pieces is not more than a slither of plastic! (it's super fiddly to glue together) 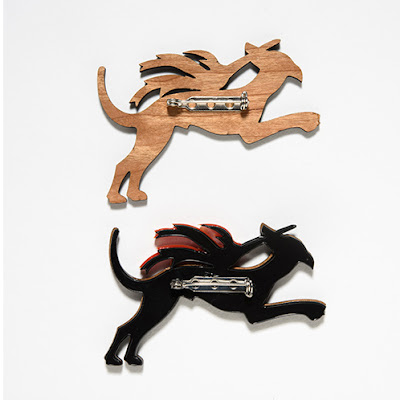 They all come in a designosaur branded gift box and you can find them at the Ditchling Museum, what are you waiting for?

Seriously though, if you haven't been you should go, it's a a great museum, filled with local design and crafts work. If you're Brighton based it's a couple of stops on the train and then a short countryside walk, easy!

PS We'll be running a typographic jewellery making workshop there in September, more details on that soon!